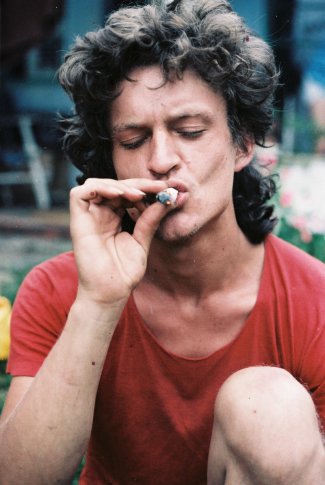 James Phillips was one of the finest rock musicians ever to kick out the jams, but there’s a fair chance that, unless you’re a South African of a certain age, you probably haven’t heard of him.

Perhaps some day he will be more widely known as a result of Michael Cross’s magnificent documentary The Fun’s Not Over: The James Phillips Story. I truly hope so, for Phillips was the genuine article worthy of a much wider hearing.

He was a significant force in South African rock music from the late 1970s through to his death, aged 36, in 1995, yet he never ended up with any of the trappings of success. Such was the nature of a local music scene that didn’t reward those whose work went against the commercial grain.

I was lucky enough to meet Phillips once in 1993, and, as a fan who had loved his music for years and considered him a hero, was astonished by his humble existence. I’d always assumed that as the frontman of The Cherry Faced Lurchers he’d be doing all right for cash. But here he was in this small flat in Yeoville, Johannesburg, having to do shifts as a newspaper sub-editor to pay his rent.

He certainly didn’t whine about his lot, but at one point during our chat, he mentioned that his band – now simply The Lurchers – was about to release a CD, yet he couldn’t afford to buy a CD player, at that time an expensive strain of new technology. I found this strangely haunting.

I was introduced to his music through The Cherry Faced Lurchers’ album Live At Jamesons in the mid-Eighties. It was a raw recording that captured a band absolutely rocking all the way out there, hard and tight yet somehow also loose and swinging, the songs full of soul and sardonic wit. It felt like party music that also conveyed despair and anger at the madness of a very fucked-up society; this was South Africa in the dying years of apartheid.

Soon after hearing the album for the first time, I saw the band live at what was then the University of Natal in Durban. As is often the way, it was even better than the recording, viscerally loud and wild, and the whole place lurched like crazy. At one point during the show, hacking at his guitar with frenzied abandon, Phillips bust a couple strings and slashed his fingers in the process, bleeding for his art. The image has stayed with me ever since.

I left South Africa a year or so later, and Live At Jamesons was one of the albums that helped carry me through many a dark night of the soul as I struggled to adapt to life in the UK. It still has the ability to make me smile and cry and get off my arse and dance and tempt me to take up frying my brain again; that music is etched deep in my psyche and I love it.

So I couldn’t believe my luck when I got the chance to spend a couple hours with Phillips after I returned to Johannesburg for a while in the early Nineties. I’ve got a good few musical heroes, but he’s the only one I’ve had the chance to meet. We got very wasted, so the interview I’d gone to conduct wasn’t particularly fruitful, but I left with a strong appreciation of what a profoundly soulful and down-to-earth human being he was.

He died soon after I left South Africa for the last time and returned to live in the UK. I’m not really a where-were-you-when-you-heard-Elvis-died kind of dude, but I was shocked and sad that Phillips had left us at such a young age. There wasn’t much information about how he actually died, apart from the fact that it was not long after a car crash, and I heard some weird stories that I now know – thanks to Cross’s film  – to be wrong.

This is one of things The Fun’s Not Over (trailer above) does so well: it delivers facts. It’s a well-researched work of film journalism providing a fully rounded account of Phillips’s life (and death). It’s packed with interviews with those who knew and worked with him, plenty of clips of the man himself both discussing his work and playing his music, as well as a rich assortment of complementary footage that helps to provide a fascinating portrait not just of Phillips but of the country and time in which he lived.

I was particularly pleased to learn more about Bernoldus Niemand, a side-project of Phillips’s that I only came to appreciate in recent years and didn’t really know much about. Its fruit was a superb album, largely sung in Afrikaans with a full range of musical forms from reggae to blues and ballads, called Wie Is Bernoldus Niemand? (Who is Bernoldus Nobody?). It’s probably lost on anyone who doesn’t understand Afrikaans (which is most of the world), but it’s a lovely piece of work that helped break down another of the many barriers that existed between South Africans: that between English and Afrikaans speakers.

We also learn of Phillips’s disappointment at the muted response to The Lurchers’ last album, Sunny Skies (the one he told me he couldn’t buy a CD player for). It’s much more sophisticated than Live At Jamesons, with a horn section and really clever arrangements – Phillips was a proper university-educated musician – and coming as democracy finally arrived in South Africa, perhaps has a more universal flavour than his earlier work. It’s an excellent album, though personally I prefer the rougher stuff, but I was sad to hear of its composer’s sadness. 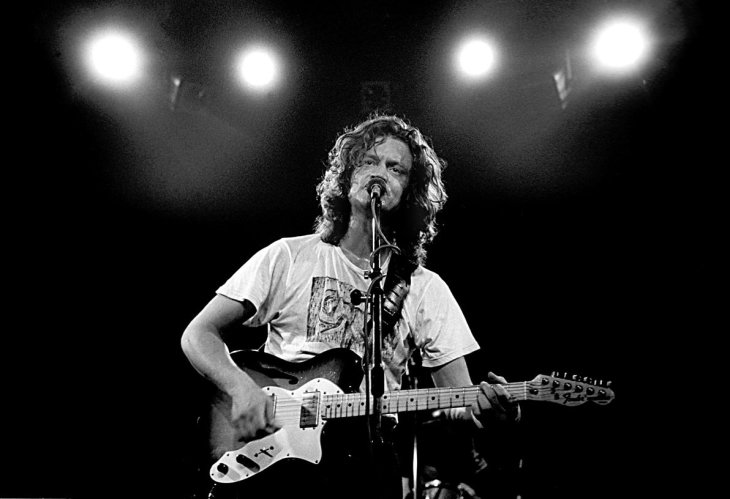 The Fun’s Not Over confirms that feeling I had on meeting Phillips, that he was full of real soul. The word authentic is often thrown around too loosely, and I’m loth to use it, but I believe it’s appropriate here. So far as I can tell, there was no bogosity about Phillips; he was, as they say in South Africa, a “genuine ou” (a good guy, a mensch, etc).

As a footnote, I want to mention that watching this film made me think about Searching For Sugar Man, a 2012 documentary that focused on South Africa and the unlikely success there of an obscure US folk singer called Sixto Rodriguez (the only other country he found fame was in Australia).

It’s a reasonably interesting story, but it was a thoroughly dishonest film that somehow managed to win an Oscar. A key subtext of Searching for Sugar Man is the lie, relentlessly belaboured, that the music of Rodriguez provided the “soundtrack for the anti-apartheid struggle in South Africa”, to quote The Guardian.

I loved the music of Rodriguez as a kid growing up there, but the soundtrack of the anti-apartheid struggle it categorically was not; the people who made this movie should be ashamed of themselves for pushing this line. Rodriguez’s only decent album, Cold Fact,  was the soundtrack of middle-class white kids getting stoned and drunk, most of them blissfully ignorant of or actively indifferent to what was going on around them. If anything, the music of Rodriguez was yet another form of escapism that helped many white South Africans avoid confronting the realities of apartheid.

The Fun’s Not Over is the polar opposite of Searching for Sugar Man. I thought of them together only because they are both documentaries about music in South Africa. But where Sugar Man peddles bullshit and historical revisionism, Cross’s movie is a totally honest account that reflects the message of Phillips’s music. 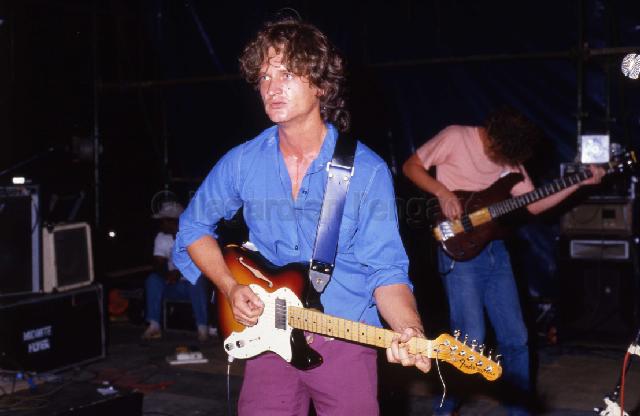 It was political, but in a very nuanced way. This was the music of white people who understood the troubling ambiguities of being privileged by a brutal system they despised but in which they knew they were not the real victims. In fact, the idea of music created by an American folk singer being embraced by white South Africans and passed off as the “soundtrack of the anti-apartheid struggle” sounds exactly like a subject for a Lurchers or Bernoldus Niemand song.

There’s only one problem with The Fun’s Not Over: it’s not widely available (I managed to see it only through a lucky break the other day). There have been a few screenings around the world and I believe it’s due for DVD release at some point soon. I would imagine and hope it’ll be available for streaming sooner or later, for it truly deserves a wider audience. Watch out for it. It’s a great rock n roll story, and if you ever get an opportunity to watch it, I strongly recommend you do so.