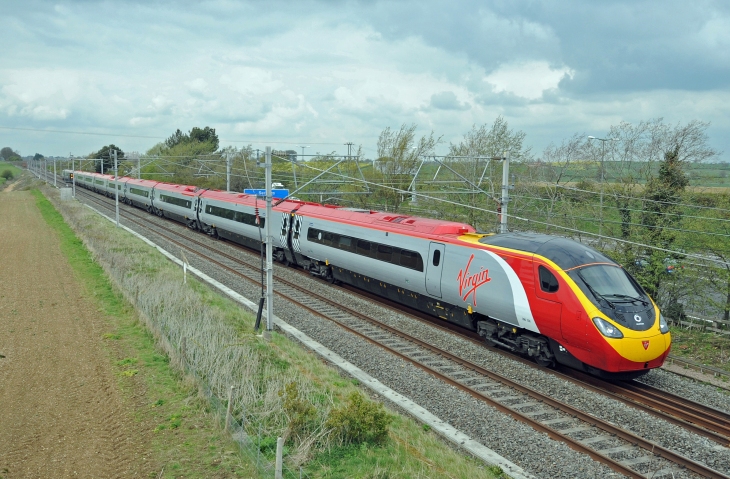 What started life as an article ranting about a recent train trip from London to Edinburgh, and the different attitudes of the two train companies I travelled with – Virgin and CrossCountry – has become a piece about the power of the vegan voice, and why we must not just speak up, but positively yell.

I’m at an age and a stage where I can unapologetically afford the odd treat, so I went first class, which comes with complimentary food service for all passengers. Let’s face it, at the price we are talking about, complimentary really means ‘included in the cost’.

I’m the kind of vegan who really appreciates effort. I get that I live in a world in which I am currently in the extreme minority and I really value the efforts of others to accommodate me – often to the point where intention and thought matter more to me than results. I really appreciate it, for example, when I go to dinner with omnivore friends and they choose a place that is, at the very least, vegan friendly, rather than a steakhouse. The actual taste, the quality, the food on offer is secondary to me; what matters most is knowing that I’m included.

And so the Virgin experience from London to York is a delight: a bit of thought is applied to its snacks, the menu when I travelled featured both a vegan breakfast hash (sautéed potato with mushrooms, greens and slices of tomato, bean and pesto sausage) and a Mexican burrito (mixed roasted peppers and onions, with beans, rice, salsa and vegan mozzarella cheese, served warm in a tortilla wrap).

By contrast, CrossCountry, with which I travelled the remaining distance, was not so accommodating. There was nothing for me at all on its trolley apart from a bag of ready-salted crisps. There wasn’t even a piece of fruit, and so I tweeted to find out the thinking behind this. The response was a pleasant enough brush-off, saying my comments would be passed on. I heard nothing further, so emailed the company directly. Again, I received what I perceived as a brush-off response.

In finding links to accompany this article, I checked the CrossCountry website…

And there it is, just three weeks later – Vegetable Biryani is on the hot meals menu: an Indian speciality of light vegetables in a fragrant curry sauce, topped with rice and served with a chickpea ratatouille. Suitable for vegetarians and vegans.

So hats off to CrossCountry for listening. I’m not suggesting my voice alone did the job, but it was a pleasant coincidence that this change happened so soon after I’d spoken up.

In an age where plane menus – often the topic of vegan chats on Facebook, Instagram and the like – are increasingly tailored towards all of their customers, including vegans, it’s time for other transport companies to follow suit. And it’s up to us to pester them into doing so.